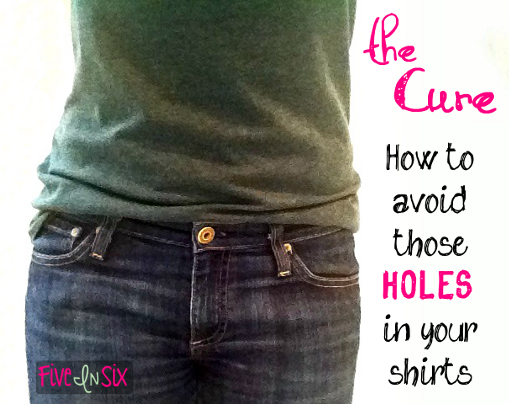 With parenthood comes so many mysteries.  Why do children only sleep-in when you have to be somewhere early in the morning? Where is that smell coming from in the boys’ room?  When will she ever quit wetting the bed?  There are just so many questions.

But you know the one that has bothered me the most over the last several years?  What is causing small holes at the bottom of all of my t shirts?  I know.  A question with great eternal significance. What can I say?  I’m pretty deep.

This may not seem like a parenthood problem, but seeing as it appeared only after the entrance of my first child, I’m throwing it in there.  And it’s not just my problem.  Almost every mom I’ve mentioned my holey shirts to has exasperatedly shared her own frustration and bewilderment over the issue too.  I decided something had to be done. 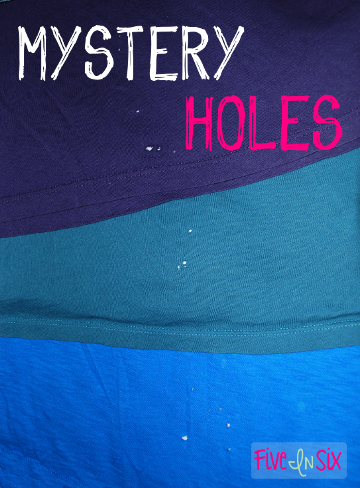 I’ve had multiple theories over the years about these pesky holes.  At first, I was sure it was our washer or dryer.  I know that seems absurd given the fact that the holes always appeared in relatively the same area, but I went with it for awhile.  What can I say?  Deductive reasoning powers are weak in the face of sleepless nights and screaming babies.  Obviously, this theory was faulty, but it was dis-proven once and for all when two more sets of washers and dryers came and went, but the holes continued appearing.

My other (and even weaker) speculation was that moths were eating my shirts.  The holes admittedly look like they’ve been eaten away by tiny bug mouths, but again, the likelihood that the creatures only find the bottom middle of my shirts appetizing is slim to none.

The Culprit
Well, rest assured, folks, the mystery has been solved.  The small holes at the bottom of shirts are caused by the shirt repeatedly rubbing between a pants’ button and a hard surface all day (in my case, the kitchen counter).  Don’t you just feel like you’ll sleep better at night, now?

Just for the sake of you skeptics out there who have concocted some conspiracy theory as to why your shirts continue to be destroyed, I set out to test my theory.  Rest assured, it was a  highly scientific and extremely strict experiment.

First, I purchased a new and holeless shirt.  (I know.  I really took one for the team on this one.)  Second, I wore said shirt with jeans for four days straight at home.  Given the track record of my other shirts, that was easily enough time for the fabric to at least show the beginnings of hole formations.  I ensured I maintained my normal routine all day, except I kept the front of my shirt tucked in to my jeans the whole time.  And guess what?  No holes!  Not even the beginnings of holes.  My theory was proven correct!

Now that the mystery had finally been solved, it was time to find a solution.  Seeing as there is no way for me (and most of you) to avoid being up against the kitchen counter all day, an alternative remedy had to be formulated.

Initially, I tried just wearing buttonless pants during the day.  For me, “buttonless” ends up being either workout shorts or sweatpants.  I know the mom uniform that’s currently all the rage includes yoga pants, but this girl cannot wear yoga pants.  It’s just obscene, and I totally loose my G-rating.  It’s okay.  Don’t be sad for me – I’m used to it.  I’ve had to stay away from Spandex-ish material ever since I hit puberty.  As a 12-year-old in ballet, my teacher was constantly tapping me on the rear, telling me to “pull it in.”  Week after week I repeatedly assured her it was as “in” as it was going to go, but that didn’t stop her from continuing the instruction all year long.

Alas, after wearing buttonless pants for a week or so, I started to feel really unkept.  That’s a little hard to avoid, being home all day schooling the kiddos, but if I’m dressed sloppily, it really compounds the problem.  I am much more productive when I get ready for the day, and sweatpants just don’t provide me with that “Go get ’em!” attitude.

The Cure
After thinking through the alternative of living in elastic waste bands, and enduring the weight gain that inevitably comes with them, I made a decision.  Ladies, it’s time to bring back the “the front tuck.”  That’s right.  In the Juniors departments, stores are all marketing tacky 90’s clothes anyway – Nordstrom is selling OVERALLS!  So, why not use a staple from our childhood to our advantage?

If you want to feel better about it, you can refer to it in 2014 terminology.  It is apparently now known as a “partial tuck” or a “half tuck.”  But you and I know the truth.  This isn’t some new phenomena or trend.  We were sporting it way back it middle school, and it is most definitely the front tuck. 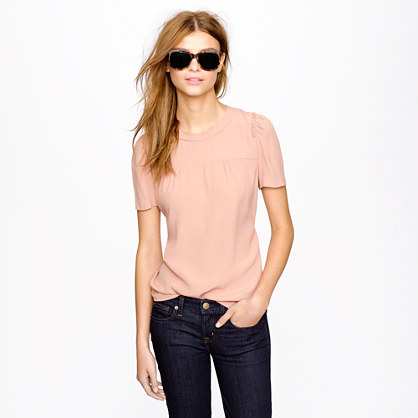 Besides, look at all of these people sporting it. 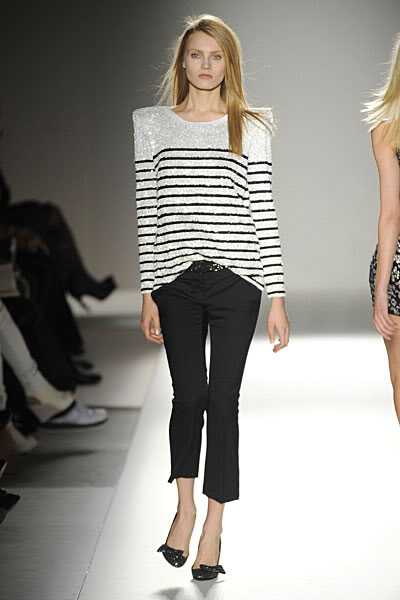 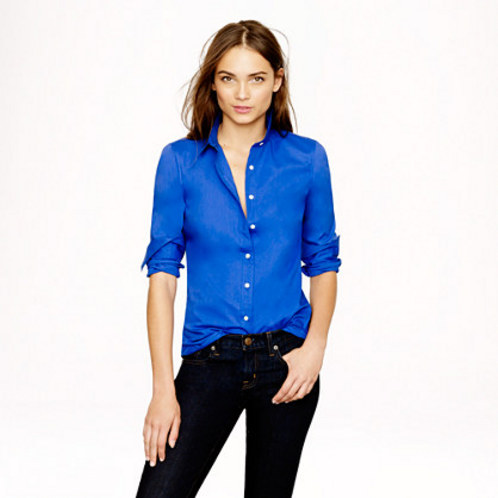 Of course, since the problem is in the kitchen, we don’t have to go public with the tuck.  It can be easily remedied on the way out the door.

Or we could just imagine we look as good in it as the ladies above, and tuck our shirts proudly.  Who knows?  Maybe the front tuck is the new yoga pants.

——– Edited 7/29/14 ———
After publishing this post, I heard from several people who told me that they don’t lean against counters, but still get holes in their shirts.  One woman’s guess was that they were due to the seat belt rubbing her shirts against the button on her pants.  I would think the front tuck would help this issue, as well, but I wanted to include that possibility in the spirit of full disclosure.  🙂

« Why Our Bedroom Is A Kid-Free Zone
Well. When the Meds Finally Work »