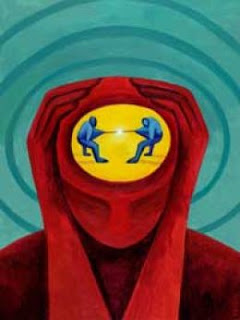 This is the third post in a four part series.  The first post is “The Stuff Nobody Ever Talks About.”

Here I am with my new diagnosis of ADHD and Major Depressive Disorder and a new pill in hand.  I was prescribed Vyvance for the ADHD and an anti-depressant for the depression.  The doctor suggested that I might want to start one medication and then wait a week to add the other.  That was probably the most sound information she gave me.

The afternoon of my appointment, I got my prescriptions filled and decided I would start with the Vyvance, since I was told it would begin working right away.  The next morning I took my first pill,  and all day I felt very chill.  I asked my husband, “is this what everyone else feels like?”  I told him that I had never felt this relaxed before.  I didn’t feel so high strung, which is fairly common for me, however, I also felt no motivation.  None.  I went to lunch with Jeff, and he told me that I looked high.  I thought about it and realized that was actually how I felt.  I was glassy eyed and REAL slow.

That evening around 6:00, I suddenly started feeling like myself again.  I got a burst of energy and started rushing around like normal to get us out the door and on to community group.  During our meeting, I felt like I was talking a lot and a little excitable, but nothing totally out of the ordinary.

We started driving home and my mind starting racing.  I was talking to Jeff really fast about something, and then I turned and looked it him and said something along the lines of, “Jeff, I’m REALLY high!”  Then I lost it.  Completely and totally lost it.  I had the first panic attack of my life, and it was horrible!  I was sobbing, short of breath, feeling like I was going to throw up any second and had intense pain down my left arm and lower back.

We got home and things got worse.  The panic attack ended, but I started pacing really fast all around the house, and I just couldn’t stop.  (I know now that’s called psychomotor agitation.)  It was like I had no control over it.  As I was doing laps through the living room and around the island, I would start giggling and laughing out of nowhere.  I literally walked for two hours.  Poor Jeff was just watching, totally baffled.  Every so often I would drop to the floor sobbing, terrified and paranoid.  After that I would pull myself together and start pacing again, all the while talking really fast to myself saying, “I’m okay.  This isn’t real.  I’m just making this up.  I’m okay. I’m okay.”

I mean, honestly, I couldn’t have looked crazier.  Every once in a while, I would be able to see the situation playing out, and I would realize it was totally like a movie scene.  Jeff told me that’s what it felt like to him.  After a while, when I would be laughing at something that was not funny at all, Jeff would smile and say something like, “That’s great.” or “Yeah, that’s funny.”  It was totally like a patronizing shrink at a mental institution, but I kind of appreciated it at the time.  It’s not like he was going to be able to reason me out of the mania I was having, and it was nice to have someone to laugh with.

I’ll spare you any more of the play by play, but the bottom line is that I ended up in the Emergency Room that night.  The doctor there sedated me and ran a bunch of blood work to make sure there wasn’t “anything else going on.”  I saw on my hospital bill later, she ran a toxicology screen.  While that was embarrassing to discover, I honestly didn’t blame her.

For about five days, I continued having random panic attacks and hour long periods of pyschomotor agitation (having to pace or rock).  One pill did this.  One 30 mg dose.  That is the dosage prescribed to 8 year olds!

At this point, Jeff and I decided we would pay the big bucks to go to the psychiatrist our counselor recommended in the first place.  (It helped a ton that some sweet family members gifted us money to ensure that we could get the help that I needed.)  We also went to another psychiatrist that came highly recommended to us by a family friend, just so we would have two opinions as to what the heck was going on in my little brain.

Low and behold, both doctors diagnosed me with Bipolar Disorder.  My official diagnosis is Bipolar II with menstrual agitation.  Both doctors confirmed that the reason I reacted to that tiny little dose was because I have Bipolar.  They both said that what happened to me is exactly what every doctor worries about when prescribing ADHD medication to a new patient – that the patient has an undiagnosed condition of bipolar and that the medication will send them into mania.  Ahh, what a ride!

I chose the doctor my counselor had recommended and started his treatment plan.  He likes to take the least aggressive route first to try and keep his patients on the fewest medications necessary, at the lowest effective dose.  That approach tends to be uncommon these days.  He has me slowly titrating up on anti-convulsant that is FDA approved for Bipolar, so I am hopeful that it will do the job all by itself, once I am on the full dosage.  I have also gone through a big workbook about living with Bipolar and have been working to make the life changes that are supposed to help lessen the severity of symptoms and stave off episodes.

There you have it, people.  I, who most everyone would say is a normal, high functioning mom, have a mental illness.  Or a mood disorder.  Or a mental health condition.  Call it what you will, I have just a little bit of craziness going on in my head.  And you know what?  I am not ashamed of it.  It’s who God made me.  Does that mean that I can go out and do all of the stereotypical things that people with bipolar are known for, claiming a valid excuse?  No!  Are we to continue in sin, that grace may abound?  No.  I cannot wallow in my depression, when it hits.  I still have to do my best to fight it.  I have to push through and do my best as a mom and a wife, just like I have been doing these last several years before I had my new label.  I also have to realize that I have limitations, and when I am depressed, I have to extend myself some grace.  Unfortunately, I also can’t go on a shopping spree and blame it on the bipolar – knowingly, at least.

Now, I should clarify for you.  The description of what happened to me after taking the ADHD medicine, is not typical for me.  I do not normally have manic episodes.  The high range of my mood swings usually only reaches hypomania.  There is a description of hypomania in my Bipolar FAQ post, but basically it is not as extreme as full blown mania, and you don’t lose touch with reality.  I still get the urgent impulse to go buy everything I have ever thought I wanted for our house, and it really feels totally necessary, but I still have control of my brain to know that we don’t have enough money to do that.  When someone is in a manic episode, instead of hypomanic, she will actually go out and buy everything, not even considering the cost.

Some of you might ask, “Jessica, why in the world are you admitting this to everyone out there on the World Wide Web?  This is personal information that should be kept private.”

My answer would be that for some people that might be the right thing to do.  I can think of numerous reasons to keep this sort of information to oneself.  Someone might not be ready yet to accept her diagnosis or field questions about her situation.  There could be a family member who would not understand the diagnosis and respond poorly, or any other number of reasons.

Personally, I feel like it is important for me to share about my diagnosis.  While there are tons of valid reasons to keep a mental condition private, being ashamed is not one of them.  People tend to not talk about clinical depression, anxiety disorders, OCD, Bipolar or any other mental health issues.  Even though so much progress has been made in understanding the biological workings of these conditions, there is still very much a stigma attached to them.  In opinion, this especially seems true in the Christian community.  This stigma further isolates someone who may already feel isolated and alone, due to his or her particular condition.

There are a large number of people out there who struggle with some sort of mental health issue, whether it is life long or periodic.  Statistically speaking, you probably even know one of those people, if you aren’t one yourself.   There should not be shame or judgement surrounding these conditions, so I feel like the best thing to do is to open up diaologue about them.