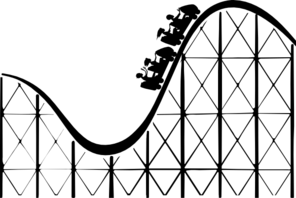 This is the second post in a four part series.  The first post is, “The Stuff Nobody Ever Talks About.”

The last two years of my life have been crazy.  In case you haven’t followed along with our story, let me summarize.  We moved twice in a 15 month period.  We decided to, and did, adopt two children from Africa.  To do this, we had to travel to Africa and live there for five weeks.  I do not like to travel internationally, and I do not like change, so this was extremely difficult for me.  While in Africa, I fell horribly ill, causing me to lose 22 lbs (which I found again, in case you were wondering).  Upon arriving back home, we suddenly became a family of seven with five children who were five years old and younger.  Since then, we have also experienced loads of issues with our youngest two adopted children as they have been adjusting to life in our family.   On top of all of this, we had a major family trauma this year that just about put me over the edge.

One might read all of this and say (or at least think), “you guys must be crazy!”  Well, guess what?  One of us is – officially*.  That’s right, yours truly has been diagnosed with Bipolar Affective Disorder.  More accurately, I should say re-diagnosed.  I was initially diagnosed with Bipolar when I was in high school and was on medication for about seven years.

Towards the end of my college years, I decided that I did not really have Bipolar and that I wasn’t even sure if it existed.  I became convinced that all of my “symptoms” had been caused by hormones and a lack of spiritual maturity, so I quit taking my medication.  Soon after, I met my sweet husband, who had no experience with any sort of mental issues and who, like me, held the belief that depression was soley a spiritual issue that could be remedied through prayer and Bible study.  Let me tell you, by the way, I have spent three years trying to fix things with this approach, and it hasn’t worked.  Not that God cannot heal people, He certainly can and has, but He hasn’t chosen to take this from me, as of yet.

My little story begins about three years ago when I started talking with my OB/GYN and primary physician about my “debilitating PMS”.  I had my hormone levels checked several times, sure that something must be out of balance, each time with the results coming back as completely normal.

Fast forward to this past January.  Due to some above mentioned life circumstances, I began seeing an awesome Biblically based counselor.  My “PMS” came up in one of the sessions, and he asked me if I had ever looked into PMDD.  For those of you un-versed in all of the fun, psychiatric acronyms, PMDD stands for Premenstrual Dysphoric Disorder.  Just think PMS on steroids.

In hindsight, I can see that this innocent, little suggestion was the beginning of the Lord preparing me to accept the possibility that I could have some sort of diagnosable condition.  See, since quitting my medication in college, I had become very ‘anti-diagnosis’.  I decided (with all of my medical training and such) that way more people were diagnosed with something than actually had something.  It seemed to me that things which had historically been considered character flaws were now being given an official diagnosis, and at times negating all personal responsibility.  I tend to have a throw-the-baby-out-with-the-bath-water mentality, so this belief led me to deny most mental health conditions.

Anyway, after going home and reading about PMDD, I decided I definitely had it.  I was just about to go in for my annual ‘woman’s appointment,’ so I told my doctor about my self-diagnosis, thanks to Dr. Google.  He agreed with me after hearing all of my symptoms and prescribed an anti-depressant, as well as several supplements and told me to exercise at least four times a week.  He also suggested I start to chart my periods more regularly and include my moods.  (My sweet nurse friend informed me that there was an app for that, wouldn’t you know.)

After hearing that I had been prescribed an anti-depressant, my counselor in all of his wisdom suggested that if I were going to go the medication route, I should probably see a psychiatrist, due to my past diagnosis of Bipolar.  He did this, because he knew that if you give someone with Bipolar an anti-depressant, their mood will shoot through the roof.  This is medically known as mania.

Well, I tried all of the holistic methods first, with no success.  I also started charting my moods.  This is when a revelation began to set in.  My mood cycles were not fitting the PMDD criteria.  To qualify as PMDD, your depressive symptoms have to begin at ovulation and end when you begin your period.  Mine were lasting much longer – like three to four week stretches at times.  This immediately ruled out the PMDD diagnosis.

At this point, Jeff and I decided to take our counselor’s advice and see a psychiatrist.  Unfortunately, instead of going to the psychiatrist he suggested, we went to someone at a nationally renown, Christian mental health clinic.  We did this because they took insurance (unlike the suggested psychiatrist), and I had read a book by the director and really liked it.  At this clinic, I was given the double diagnosis of ADHD and Major Depressive Disorder (depression).  My husband Jeff argued with the pdoc on multiple points and felt that we ended up being bullied into the diagnosis.  Personally, I was just relieved to have an answer and a new treatment to try.

That’s when the real crazy set in.

*I don’t actually think I am crazy.  It just followed along with my train of thought and was an attempt to lighten up an issue surrounded by stigma and misinformation.  I, in no way, want to offend any fellow sufferers.

« The Stuff Nobody Ever Talks About
Bipolar FAQ »