Today we decided to try a new approach, and it really paid off. Instead of just continuing to wait around for other people to make things happen, we decided to see if us applying a little pressure would help speed up this process. We left Jinja this morning at 5:30 am to get an early start on the day. We started at the lawyers office and politely told them we would just wait in their office until our ruling was ready. We learned that this apparently is the tactic that works here. The lawyer decided to send his assistant to the courthouse to get the ruling, and he instructed her not to come back until she had received it. Score!

We had to be at the Embassy by 11:30, so we left the lawyer’s office, assuring him we would return shortly. At the embassy, the staff was really nice, and actually let us make a “tentative” appointment, with the understanding that we would need to bring the ruling back before then. Unfortunately, the appointment we received was for next Monday. I hadn’t expected it to be so far out, but that seems to be the theme to our story. Lord willing, we should get the children’s Visas two to three days after our appointment. That would mean we probably should be able to leave next Thursday or Friday.

Having our written rulings also means Hope and Henry are officially ours! We are now a family of seven, and we feel incredibly blessed! 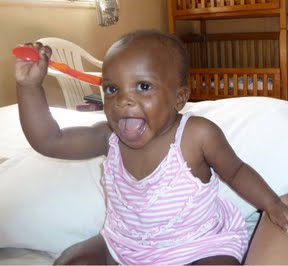 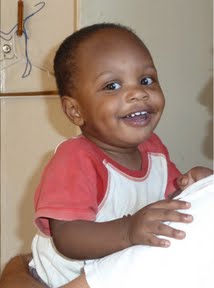