On our drive home from San Antonio, we stopped at the Natural Bridge Caverns. When Maya was little, we drove through the animal park (think Arbuckle Wilderness). I won’t lie, that was really for me. Well, this time Jeff wanted to do the Cavern. I felt that everyone was probably too young for it, but he was so excited that I decided not to be the killjoy I can be at times.

So the cavern is 180 feet below the ground, really dark, has 99% humidity and really narrow, steep and slippery paths. The girls ended up being scared of the dark, kept slipping and the stroller wheels wouldn’t work on the wet trail. Needless to say, we booked it through the tour, praying that Liv wouldn’t let out one of her ear-shattering shreaks. I think Jeff has decided he needs to either re-live his Eagle Scout days without the kids for now, or just wait until they are older.

So the results – Jeff and I got some great laughs, a few cute pics and he learned that I’m “much tougher than I let on”. 🙂 That’s gotta count for something. 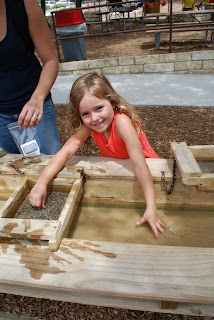 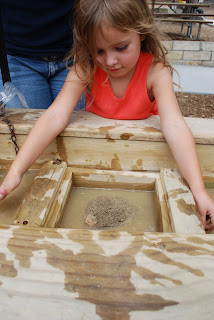 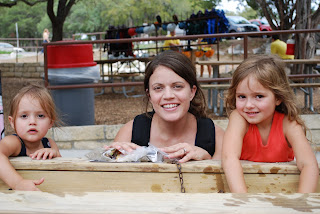 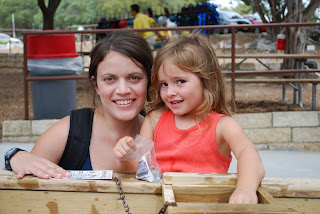 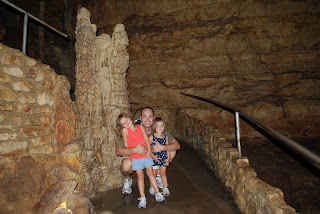 The girls with Jeff next to a stalagmite. 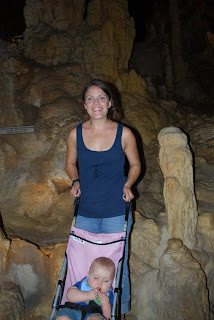 I pushed Cooper in a stroller for the trek. Multiple times I had to carry the stroller with Coop in it up and down super steep stairs and hills. Jeff had to carry both girls, only slipping twice. 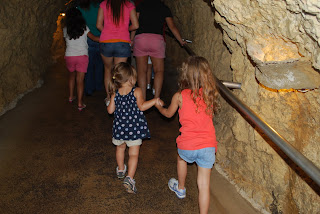 Maya being sweet and helping Liv because the floor was slick. 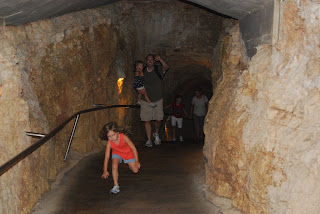 Jeff with his hand raised in victory for making it out. 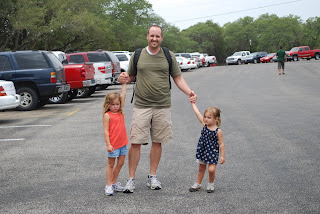 The grumpiness of the girls at the end. 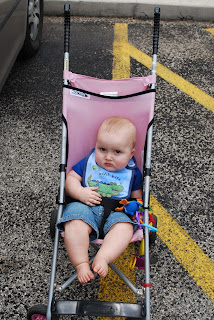 And sweet Coop at the end, just hanging out – as always. 🙂
« July Family Vacation
Cooper – 8 Months »